In a town where calling a cab means making phone calls over the pandemonium of the bar and Uber rides costing upward of $20 a night, Tip Whip has become an essential part of the weekend for many UMaine students. Now 65 drivers strong, Tip Whip has seen a surge in popularity. During Halloween weekend alone, 22 drivers transported a record breaking 2,200 students. When you break that down that’s 20% of the UMaine campus! Equivalent to the entire month of April when we first launched the mobile app, in just two days.

However, the Black Bears will no longer be the only students benefiting from having a safe ride home at their fingertips. Tip Whip is now expanding to Husson University under the leadership of David Valls, the Husson campus CEO. As a campus with very few hot spots within walking distance, there are high expectations when it comes to reflecting the success seen at UMaine.

Those who choose to be drivers for Husson’s team will join our drivers in experiencing the benefits of Tip Whip’s partnerships with local businesses. Leadbetter’s convenience store offers a special discount on gas at any of their 8 locations, and Swett’s Tire and Auto in Bangor and Orono provides automotive work at a reduced price.

We look forward to continuing to increase the success of Tip Whip both at UMaine and Husson. This expansion not only promises a tidal wave of new app users, riders and drivers, but also represents the possibility of expanding to additional colleges. 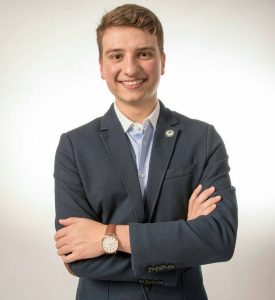